April 2015
National Poetry Month
Invitation
If you are a dreamer, come in,
If you are a dreamer, a wisher, a liar,
A hope-er, a pray-er, a magic bean buyer . . .
If you're a pretender, come sit by my fire
For we have some flax-golden tales to spin.
Come in!
Come in!
~ Shel Silverstein, Where the Sidewalk Ends 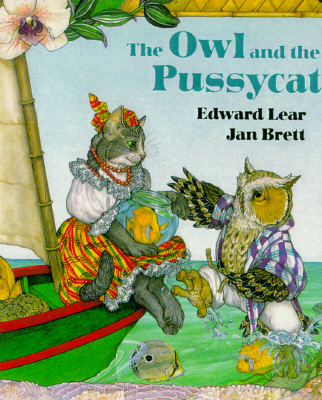 One of the books I read as a child was a collection of poems edited by Louis Untermeyer, the art by Joan Walsh Anglund. The poems ran the gamut from nursery rhymes to "The Highwayman," which utterly fascinated me when I was ten or twelve years old. During my grade school years, we were required to memorize a poem that we would recite in front of the class. I could always find one in the Untermeyer volume, which, unfortunately, doesn't seem to exist now. We also had to memorize and recite poems as a class, some parts assigned to the boys, others to the girls. It was always a welcome break from memorizing math! Some of these poems stick with me to this day, buried deep within my memory.

My mother also remembers poems that she memorized as a child-she has forgotten many things, but the poetry sticks with her. All you have to do is recite the first few lines of a well-known poem and she can carry it to the end. One she always enjoyed, and read to me, was "The Owl and the Pussycat." She even gave me a copy of it in Latin when I was in high school, struggling with my first few years learning that language. To this day, I enjoy remembering and reading this poem by Edward Lear. Eight Cousins has a board book version of the poem, illustrated by Jan Brett. I love Jan Brett's illustrations and ordered a hardcover for my granddaughter last Christmas, hoping to keep "The Owl and the Pussycat" in our collective memories.

The Owl and the Pussycat

I
The Owl and the Pussy-cat went to sea
In a beautiful pea-green boat,
They took some honey, and plenty of money,
Wrapped up in a five-pound note.
The Owl looked up to the stars above,
And sang to a small guitar,
"O lovely Pussy! O Pussy, my love,
What a beautiful Pussy you are,
You are,
You are!
What a beautiful Pussy you are!"
II
Pussy said to the Owl, "You elegant fowl!
How charmingly sweet you sing!
O let us be married! too long we have tarried:
But what shall we do for a ring?"
They sailed away, for a year and a day,
To the land where the Bong-Tree grows
And there in a wood a Piggy-wig stood
With a ring at the end of his nose,
His nose,
His nose,
With a ring at the end of his nose.
III
"Dear Pig, are you willing to sell for one shilling
Your ring?" Said the Piggy, "I will."
So they took it away, and were married next day
By the Turkey who lives on the hill.
They dined on mince, and slices of quince,
Which they ate with a runcible spoon;
And hand in hand, on the edge of the sand,
They danced by the light of the moon,
The moon,
The moon,
They danced by the light of the moon.

I met a traveller from an antique land,
Who said-"Two vast and trunkless legs of stone
Stand in the desert. . . . Near them, on the sand,
Half sunk a shattered visage lies, whose frown,
And wrinkled lip, and sneer of cold command,
Tell that its sculptor well those passions read
Which yet survive, stamped on these lifeless things,
The hand that mocked them, and the heart that fed;
And on the pedestal, these words appear:
My name is Ozymandias , King of Kings;
Look on my Works, ye Mighty, and despair!
Nothing beside remains. Round the decay
Of that colossal Wreck, boundless and bare
The lone and level sands stretch far away."

Jabberwocky
'Twas brillig, and the slithy toves
Did gyre and gimble in the wabe:
All mimsy were the borogoves,
And the mome raths outgrabe.

"Beware the Jabberwock, my son!
The jaws that bite, the claws that catch!
Beware the Jubjub bird, and shun
The frumious Bandersnatch!"

He took his vorpal sword in hand;
Long time the manxome foe he sought-
So rested he by the Tumtum tree
And stood awhile in thought.

And, as in uffish thought he stood,
The Jabberwock, with eyes of flame,
Came whiffling through the tulgey wood,
And burbled as it came!

One, two! One, two! And through and through
The vorpal blade went snicker-snack!
He left it dead, and with its head
He went galumphing back.

"And hast thou slain the Jabberwock?
Come to my arms, my beamish boy!
O frabjous day! Callooh! Callay!"
He chortled in his joy.

'Twas brillig, and the slithy toves
Did gyre and gimble in the wabe:
All mimsy were the borogoves,
And the mome raths outgrabe. 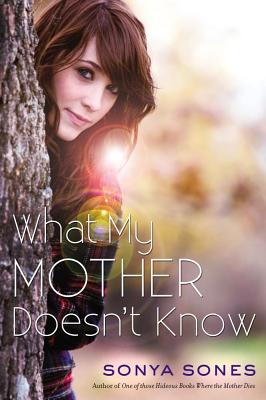 Isn't it strange some people make

You feel so tired inside,

Your thoughts begin to shrivel up

But when you're with some other ones,

It's stranger still to find

Your thoughts as thick as fireflies

All shiny in your mind! 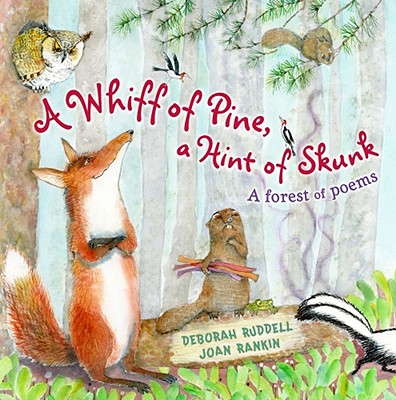 Let us go then, you and I,
When the evening is spread out against the sky
Like a patient etherized upon a table;
Let us go, through certain half-deserted streets,
The muttering retreats
Of restless nights in one-night cheap hotels
And sawdust restaurants with oyster-shells:
Streets that follow like a tedious argument
Of insidious intent
To lead you to an overwhelming question ...
Oh, do not ask, "What is it?"
Let us go and make our visit.

In the room the women come and go
Talking of Michelangelo.

The yellow fog that rubs its back upon the window-panes,
The yellow smoke that rubs its muzzle on the window-panes,
Licked its tongue into the corners of the evening,
Lingered upon the pools that stand in drains,
Let fall upon its back the soot that falls from chimneys,
Slipped by the terrace, made a sudden leap,
And seeing that it was a soft October night,
Curled once about the house, and fell asleep.

In the room the women come and go
Talking of Michelangelo.

And indeed there will be time
To wonder, "Do I dare?" and, "Do I dare?"
Time to turn back and descend the stair,
With a bald spot in the middle of my hair -
(They will say: "How his hair is growing thin!")
My morning coat, my collar mounting firmly to the chin,
My necktie rich and modest, but asserted by a simple pin -
(They will say: "But how his arms and legs are thin!")
Do I dare
Disturb the universe?
In a minute there is time
For decisions and revisions which a minute will reverse.

For I have known them all already, known them all:
Have known the evenings, mornings, afternoons,
I have measured out my life with coffee spoons;
I know the voices dying with a dying fall
Beneath the music from a farther room.
So how should I presume?

And I have known the eyes already, known them all-
The eyes that fix you in a formulated phrase,
And when I am formulated, sprawling on a pin,
When I am pinned and wriggling on the wall,
Then how should I begin
To spit out all the butt-ends of my days and ways?
And how should I presume?

And I have known the arms already, known them all-
Arms that are braceleted and white and bare
(But in the lamplight, downed with light brown hair!)
Is it perfume from a dress
That makes me so digress?
Arms that lie along a table, or wrap about a shawl.
And should I then presume?
And how should I begin?

Shall I say, I have gone at dusk through narrow streets
And watched the smoke that rises from the pipes
Of lonely men in shirt-sleeves, leaning out of windows? ...

I should have been a pair of ragged claws
Scuttling across the floors of silent seas.

And the afternoon, the evening, sleeps so peacefully!
Smoothed by long fingers,
Asleep ... tired ... or it malingers,
Stretched on the floor, here beside you and me.
Should I, after tea and cakes and ices,
Have the strength to force the moment to its crisis?
But though I have wept and fasted, wept and prayed,
Though I have seen my head (grown slightly bald) brought in upon a platter,
I am no prophet - and here's no great matter;
I have seen the moment of my greatness flicker,
And I have seen the eternal Footman hold my coat, and snicker,
And in short, I was afraid.

And would it have been worth it, after all,
After the cups, the marmalade, the tea,
Among the porcelain, among some talk of you and me,
Would it have been worth while,
To have bitten off the matter with a smile,
To have squeezed the universe into a ball
To roll it towards some overwhelming question,
To say: "I am Lazarus, come from the dead,
Come back to tell you all, I shall tell you all"-
If one, settling a pillow by her head
Should say: "That is not what I meant at all;
That is not it, at all."

No! I am not Prince Hamlet, nor was meant to be;
Am an attendant lord, one that will do
To swell a progress, start a scene or two,
Advise the prince; no doubt, an easy tool,
Deferential, glad to be of use,
Politic, cautious, and meticulous;
Full of high sentence, but a bit obtuse;
At times, indeed, almost ridiculous-
Almost, at times, the Fool.

Shall I part my hair behind?   Do I dare to eat a peach?
I shall wear white flannel trousers, and walk upon the beach.
I have heard the mermaids singing, each to each.

I do not think that they will sing to me.

I have seen them riding seaward on the waves
Combing the white hair of the waves blown back
When the wind blows the water white and black.
We have lingered in the chambers of the sea
By sea-girls wreathed with seaweed red and brown
Till human voices wake us, and we drown.

Two favorite lesser known collections are Carving Myself, Poems from a Vermont Woodcarver by William Herrick and The Immaculate Conception Mother's Club by David R. Surette. 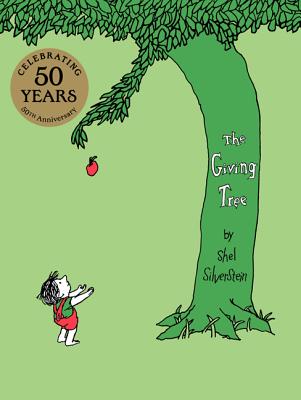 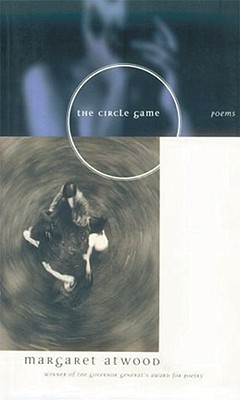 In a Station of the Metro

The apparition of these faces in the crowd;

Petals on a wet, black bough. 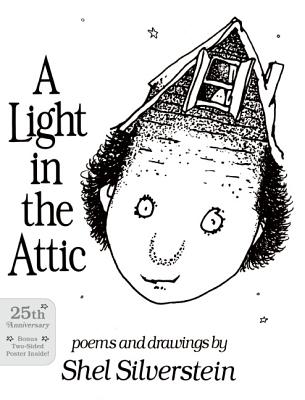 There's too many kids in this tub.

There's too many elbows to scrub.

I just washed a behind

That I'm sure wasn't mine.

There's too many kids in this tub. 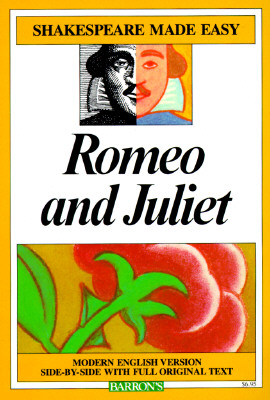 And young affection gapes to be his heir;

That fail for which love groaned for and would die,

With tender Juliet matched, is now not fair.

Alike bewitched by the charm of looks;

But to his foe supposed he must complain,

And she steal love's sweet bait from fearful hooks.

Being held a foe, he may not have access

To breathe such vows as lovers use to swear;

And she as much in love, her means much less

To meet her new beloved any where.

But passion lends them power, time means, to meet,