Reflections and Meditations
It never occurred to me that we wouldn't be back at 189 Main Street. Perhaps that was naive of me -- especially facing the disaster that was our store on the morning of January 9. Yet I knew we would return.

That morning, our first priority was to notify our landlord and insurance company. Next, we rushed to remove the office computer equipment; the office had not been hit with water, however the dampness was creeping into the office and the books back there were starting to curl. Wood Lumber came to our rescue (as it would throughout the period we were out of the store) and sent Mike Taylor to assist with the computers; Bob Haskell joined him in this effort. We transported everything to Wood Lumber, where we were given space to set up our temporary office.

Priorities immediately emerged; there was an orderly process that had to be followed. The landlord, Stuart Rothman, drove to Falmouth that day and brought in Steve Jenney, of Oceanside Restoration, the company that oversaw the demolition. Insurance agents for Eight Cousins and the landlord had to assess the damage, as did the salvage company that removed all of our inventory. Books and sidelines that didn't have direct water damage were showing the effects of the extreme humidity that was creeping throughout the store.

After the inventory was removed, the interior of the store could be stripped; we were left with a totally empty space. Bob Bowman and his crew then began the process of rebuilding the store. However, there was an orderly process that had to be followed. The lighting grid and new LED lights were installed (thank you, Rich Young for your electrical work, advice and patience) and some of the ceiling tiles could be placed. After the electrical inspection, the ceiling and floor could be installed (our thanks to Arinda Bowman at Carpet Barn for her advice and her excellent crew who laid down the new flooring). When the floor was finished, the office and sales desk could be installed. Carpenters Robin and Patrick Vecchione worked diligently-and quickly-constructing our new beautiful office, with materials from Wood Lumber and design by Alissa Hike Harris, Salt Architecture, who also designed the new sales counter (she volunteered her services shortly after the store closed, and I don't know what we would have done without her!). Finally, the bookshelves and inventory could be brought in.

As the rebuilding was taking place, community support kicked in. One of the first to offer his services was architect Mark Hutker, who proposed a new layout for the store that became the inspiration for the store's redesign. Within weeks of the store's closing, Jeanne Dombrowski, owner of Green-Eyed Daisy on Main Street, held a fundraiser for Eight Cousins with an incredible array of hors d'oeuvres for shoppers (and our staff). Nell Fields, Waquoit Congregational Church, and Pamela Rothstein, Falmouth Jewish Congregation, organized a high tea that benefited Eight Cousins' literacy programs. Refreshments at the tea were provided by Bean and Cod, Pies a la Mode, Molly's Tea Room, Peck O Dirt, and the members of the two congregations.
Everywhere I went during the three months we were closed, I was stopped by residents who were concerned, wanted to know how we were doing, and, foremost, if and when we would be returning to our store. I was absolutely overwhelmed by the outpouring and support from the Falmouth community!

We've now been open for just about two weeks, and customers continue to come in with their congratulations and express relief that we are indeed back on Main Street. I have learned that Eight Cousins is more than a physical store -- it is an integral part of the Falmouth community, no matter where we are located. The community's support buoyed us and supported us throughout the rebuilding -- we couldn't have done what we did without this support!

There are so many "thank yous" to send out! On the top of the list is Wood Lumber, who not only gave us a home for three months, they supplied most of the materials for the reconstruction. Mike Taylor and Stewart Baker became a daily presence at the store as they installed shelving and attended to other tasks that we need to function properly. The Wood Lumber staff welcomed our presence, and our customers, as we settled into the Millwork Showroom's conference room. Thank you, Wood Lumber!

However, my utmost thanks and acknowledgment are for my fellow owners, Sara Hines and Eileen Miskell, whose dedication, hard work, endurance, mutual support and determination pulled us through what could have been a devastating disaster. Here's to Eight Cousins' future!
~ Mary Fran
I don't remember what I felt when Sara texted me that Eight Cousins had flooded, I just remember going into motion to start to deal with this major event. Dana and I have been managing Wood Lumber for over 30 years. We have had hurricanes and storms resulting in power outages and we were struck by lightning once. I've lost my share of sleep with the 1990 banking crisis, the 2000 dot.com crash, 9/11 and of course, the most recent 2008 economic meltdown. Also, we have had challenges with employee illnesses.

The flooding of Eight Cousins presented a totally different disaster. A disaster requiring us to close the store, lay off employees, make a plan and re-build. The option of not re-opening was presented, but never taken seriously. Our biggest concern was how quickly we could get back into the space at 189 Main Street. Even with its challenges, we love our book store. Our front windows are part of our brand. Over the years it has never gotten old to see the windows changed for a new season or special event. Being in the center of Main Street is essential to our success.

Our landlord, Stuart Rothman, was on the scene the morning of the flood and has supported our efforts to re-open from the first day. So with that piece in place we moved ahead.
Wood Lumber's team: Dana, other employees and my dry, warm office have all grounded me through the last few months. Everyone has done something to help Eight Cousins operate out of the "fort" in our showroom basement. Wood Lumber and Eight Cousins share the same IT company (IT Works) so they were familiar with what we could do at Wood Lumber. Our vendors and other business partners helped in the transition to Wood Lumber while 189 Main St. was renovated.

While there were emotional times and now looking back at the pictures, I can't believe how bad it was, I was always looking at what had to be done, who would do it and when it would be done. I am fortunate, and have said it from the start, to have partners in the business, Sara and Mary Fran, who are on the same mission and who value the book store as much as I do. Sharing the work, the stress and re-building with them has been key to our re-opening.
~ Eileen
I love watching people's expressions as they come in to the store. I've seen everything from surprise to delight to uncertainty. Even people who are coming in for the first time have an inquisitive expression. They want to know if the store just opened. They can tell that it feels new.
As exciting as it is to be back at 189 Main Street, one aspect of this whole experience that has meant the most to me is the knowledge that Eight Cousins never closed. It's true that we lost our books, our space, and for a time, our employees. However, we kept Eight Cousins remained operational the entire three months. The Wood Lumber Company gave us office space and allowed us to have pick up times in their conference room. The entire team at Wood Lumber offered encouragement, assistance, and expertise. I will always appreciate everyone there who made us feel comfortable as well as all of our customers who made the effort to find us at Wood Lumber.
Furthermore, I appreciate the encouragement, the emails, comments, letters, dinners, social media posts, beach conversations, road trips, get well soon cards. Our Mission Statement is to share a love and appreciation of books and reading with the wider Falmouth community. I'm proud that we were able to continue our mission even without a store. I'm grateful that you, too, see value in books and reading.
We've been open for almost two weeks, and I can feel that we're all settling in to the revised space -- until it's time to close up for the night and I find myself reaching to turn off a light that's no longer there.
At this point I wouldn't dare to speculate what will happen next. I do know that our staff is working incredibly hard. Tasha, Joanne, Emily, Lindsay, and Phoebe have all put in a tremendous amount of effort to ensure that the store runs as smoothly as possible. They've also demonstrated patience and fortitude in the moments when it hasn't. I also know that Mary Fran and Eileen never give up. I admire their dedication and determination.
There are a lot of 'thank yous' in this newsletter, but they are necessary, because this project has been a community effort. Here's one more. Thank you for sharing this story with us.
~ Sara 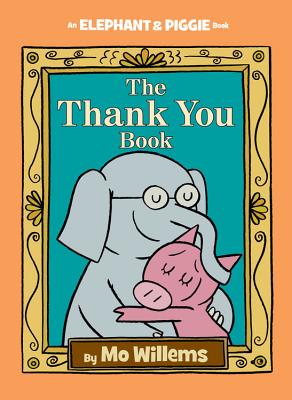 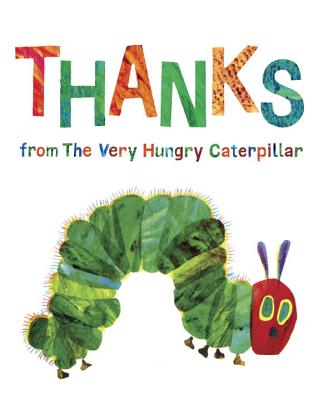