Their Eyes Were Watching God (Hardcover) 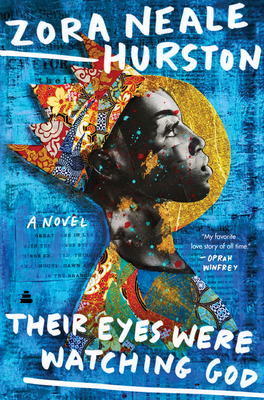 Their Eyes Were Watching God (Hardcover)

“A deeply soulful novel that comprehends love and cruelty, and separates the big people from the small of heart, without ever losing sympathy for those unfortunates who don’t know how to live properly.” —Zadie Smith

Originally published in 1937, Their Eyes Were Watching God has become one of the most important and enduring works of modern American literature. Written with Zora Neale Hurston’s singular wit and pathos, this Southern love story recounts Janie Crawford's "ripening from a vibrant, but voiceless, teenage girl into a woman with her finger on the trigger of her own destiny."

A tale of awakening and independence featuring a strong female protagonist driven to fulfill her passions and ambitions, Their Eyes Were Watching God is a classic of the Harlem Renaissance and perhaps the most widely read and highly acclaimed novel in the canon of literature.

Zora Neale Hurston was a novelist, folklorist, and anthropologist. She wrote four novels (Jonah’s Gourd Vine, 1934; Their Eyes Were Watching God, 1937; Moses, Man of the Mountain, 1939; and Seraph on the Suwanee, 1948); two books of folklore (Mules and Men, 1935, and Tell My Horse, 1938); an autobiography (Dust Tracks on a Road, 1942); an international bestselling nonfiction work (Barracoon: The Story of the Last “Black Cargo,” 2018); and over fifty short stories, essays, and plays. She attended Howard University, Barnard College, and Columbia University and was a graduate of Barnard College in 1928. She was born on January 7, 1891, in Notasulga, Alabama, and grew up in Eatonville, Florida.