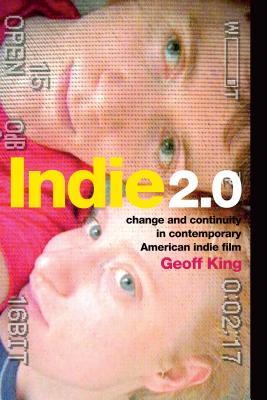 Following the American indie cinema boom of the 1990s and the creation of "specialty" divisions by several Hollywood studios, many predicted an end to both the indie sector's viability and the making of films with ambitions beyond the commercial mainstream. Yet, as Geoff King demonstrates, plenty of distinct indie productions continue to thrive, even in the face of difficult economic circumstances. Recasting the term "indie" to denote a particular form of independent feature production that has risen to prominence in the twenty-first century, King identifies and discusses the new opportunities available to indie filmmakers. These new options and techniques include low-cost digital video and a range of Internet and social-media ventures providing funding, distribution, promotion, and sales. He also covers the ultra-low-budget "mumblecore" movement; the social realism of such filmmakers as Kelly Reichardt and Ramin Bahrani; the "digital desktop" aesthetics of Jonathan Caouette's Tarnation (2003) and Arin Crumley and Susan Buice's Four Eyed Monsters (2005); and the affect of certain dominant discourses, such as the articulation of notions of "true" indie film and its opposition to what some see as the quirky contrivances of crossover hits such as Little Miss Sunshine (2006) and Juno (2007). King ultimately locates a strong vein of continuity in indie practice, both industrially and in the textual qualities that define individual features.
Geoff King is professor of film and television studies at Brunel University and the author of American Independent Cinema; Indiewood, U.S.A.: Where Hollywood Meets Independent Cinema; New Hollywood Cinema: An Introduction; and Spectacular Narratives: Hollywood in the Age of the Blockbuster.