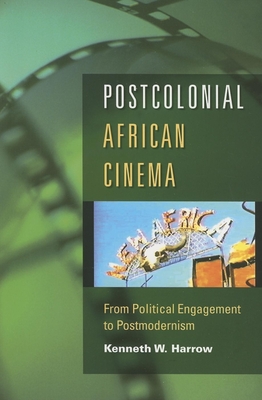 Kenneth W. Harrow offers a new critical approach to African cinema--one that requires that we revisit the beginnings of African filmmaking and the critical responses to which they gave rise, and that we ask what limitations they might have contained, what price was paid for the approaches then taken, and whether we are still caught in those limitations today.

Using Zizek, Badiou, and a range of Lacanian and postmodern-based approaches, Harrow attempts to redefine the possibilities of an African cinematic practice--one in which fantasy and desire are placed within a more expansive reading of the political and the ideological. The major works of Semb ne Ousmane, Djibril Diop Mamb ty, Souleymane Cisse, Jean-Pierre Bekolo, Jean-Marie Teno, Bassak ba Kohbio, and Fanta Nacro are explored, while at the same time the project of current postmodern theory, especially that of Jameson, is called into question in order that an African postmodernist cultural enterprise might be envisioned.

Kenneth W. Harrow is Professor of English at Michigan State University. His publications include Threshold of Change in African Literature: The Emergence of a Tradition, Less Than One and Double, and African Cinema: Postcolonial and Feminist Readings.