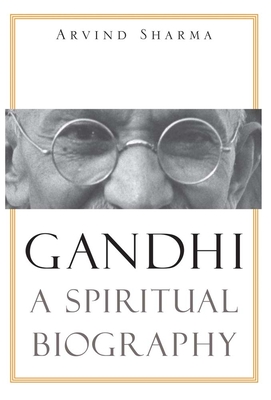 The first spiritual biography of Gandhi, whose confidence in the power of the soul changed world history

In his Autobiography, Gandhi wrote, “What I want to achieve—what I have been striving and pining to achieve these thirty years—is self-realization, to see God face to face. . . . All that I do by way of speaking and writing, and all my ventures in the political field, are directed to this same end.” While hundreds of biographies and histories have been written about Gandhi (1869–1948), nearly all of them have focused on the national, political, social, economic, educational, ecological, or familial dimensions of his life. Very few, in recounting how Gandhi led his country to political freedom, have viewed his struggle primarily as a search for spiritual liberation.

Shifting the focus to the understudied subject of Gandhi’s spiritual life, Arvind Sharma retells the story of Gandhi’s life through this lens. Illuminating unsuspected dimensions of Gandhi’s inner world and uncovering their surprising connections with his outward actions, Sharma explores the eclectic religious atmosphere in which Gandhi was raised, his belief in karma and rebirth, his conviction that morality and religion are synonymous, his attitudes toward tyranny and freedom, and, perhaps most important, the mysterious source of his power to establish new norms of human conduct. This book enlarges our understanding of one of history’s most profoundly influential figures, a man whose trust in the power of the spirit helped liberate millions.
Arvind Sharma was awarded the 2013 Hindu American Foundation’s Mahatma Gandhi Award for the Advancement of Religious Pluralism. He is the Birks Professor of Comparative Religion at McGill University. He lives in Montreal.
“Clear and carefully researched, this is not just a book for scholars, but for anyone with a serious interest in the history of our era.”—Harvey Cox, author of The Future of Faith
— Harvey Cox

“A much-needed book . . . . It is only by understanding Gandhi’s spiritual struggle that we can really understand his great political legacy of non-violence, the necessity of love for genuine ahimsa, and love’s link to the avoidance of retaliation.”—Mark Tully, Hatchette India
— Mark Tully

“Magnificent and hard-hitting, this is the finest biography I have ever read of the man the entire world has come to revere.  Arvind Sharma has left the world a wonderful legacy.”—Huston Smith
— Huston Smith