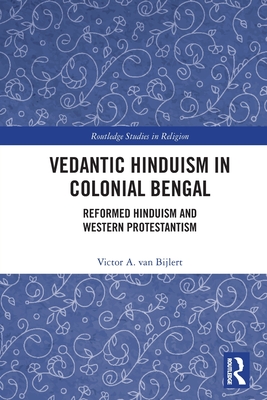 By Victor A. Van Bijlert

This book explores the ways in which modern Hindu identities were constructed in the early nineteenth century. It draws parallels between sixteenth and eventeenth Cecntury Protestantism and the rise of modernity in the West, and the Hindu reformation in the nineteenth century which contributed to the rise of Vedantic Hindu modernity discourse in India.

The nineteenth century Hindu modernity, it is argued, sought both individual flourishing and collective emancipation from Western domination. For the first time Hinduism began to be constructed as a religion of sacred texts. In particular, texts belonging to what could be loosely called Vedanta: Upanishads and the Bhagavad Gita. In this way, the main protagonists of this Vedantist modernity were imitating Western Protestantism, but at the same time also inventing totally novel interpretations of what it meant to be Hindu. The book traces the major ideological paths taken in this cultural-religious reformation from its originator Rammohun Roy up to its last major influence, Rabindranath Tagore.

Bringing these two versions of modernity into conversation brings a unique view on the formation of modern Hindu identities. It will, therefore, be of great interest to scholars of religious, Hindu and South Asian studies, as well as religious istory and interreligious dialogue.

Victor A. van Bijlert is Lecturer in the Department of Beliefs and Practices, Faculty of Religion and Theology, at Vrije Universiteit Amsterdam.