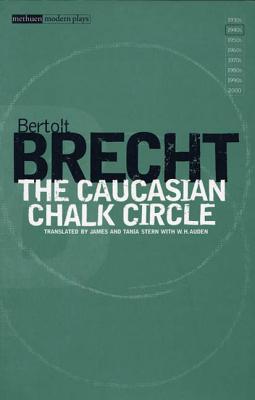 Written in exile during the Second World War, the story of Brecht's classic play subverts an ancient Chinese tale - echoed in the Judgement of Solomon - in which two women claim the same child. The message of Brecht's parable is that resources should go to those who will make best use of them. Thanks to the rascally judge, Azdak, one of Brecht's most vivid creations, this story has a happy outcome: the child is entrusted to the peasant Grusha, who has loved and nurtured it.
Published in Methuen Drama's Modern Classics series, this edition features an extensive introduction, Brecht's own notes on the play and a full appendix of textual variants. It is the standard critical edition of the work in an acclaimed translation by James and Tania Stern with W. H. Auden.

Bertolt Brecht (1898-1956) is acknowledged as one of the great dramatists whose work has had a considerable influence on the theatre. His landmark plays include Mother Courage and Her Children, The Threepenny Opera, The Life of Galileo, and The Caucasian Chalk Circle. His plays and dramatic theory are central to the study of modern theatre.

“At last—the definitive translations of one of the 20th century’s most influential playwrights…Far superior to the competition.”—Theatre Journal