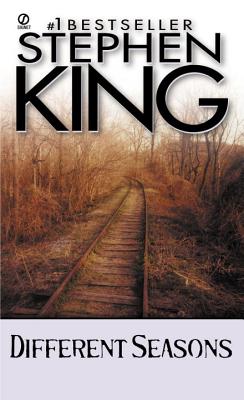 From the Magical Pen of Stephen King, Four Mesmerizing Novellas... "Rita Hayworth and the Shawshank Redemption" An unjustly imprisoned convict seeks a strange and startling revenge...the basis for the Best Picture Academy Award nominee The Shawshank Redemption. "Apt Pupil" Todd Bowden is one of the top students in his high school class and a typical American sixteen-year-old--until he becomes obsessed about the dark and deadly past of an older man in town. The inspiration for the film Apt Pupil from Phoenix Pictures. "The Body" Four rambunctious young boys plunge through the facade of a small town and come face-to-face with life, death, and intimations of their own mortality. The film Stand By Me is based on this novella. "The Breathing Method" A disgraced woman is determined to triumph over death.

Stephen King lives in Maine and Florida with his wife, novelist Tabitha King. He has written more than forty books and two hundred short stories. He has won the World Fantasy Award, several Bram Stoker awards, and the O. Henry Award for his story "The Man in the Black Suit," and is the 2003 recipient of the National Book Foundation Medal for Distinguished Contribution to American Letters.

“To find the secret of his success, you have to compare King to Twain and Poe—  King’s stories tap the roots of myth buried in all our minds.”—Los Angeles Times

“Buy Different Seasons. I promise you’ll enjoy it….He creates people who are so alive, you can almost sense them.”—Minneapolis Star-Tribune

“The wondrous readability of his work, as well as the instant sense of communication with his characters, are what make King the consummate storyteller that he is.”—Houston Chronicle