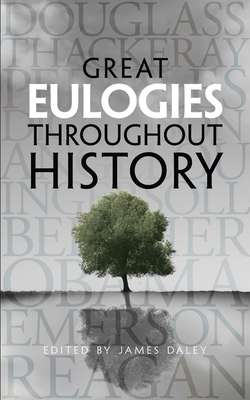 Derived from the Greek for "word of praise," the eulogy is a longstanding tradition of recognition and remembrance. The speeches and essays gathered in this collection offer thought-provoking commemorations of the lives and deeds of politicians, authors, poets, and other influential individuals. Starting with Pericles' Funeral Oration, a classic example of the rite, these writings turn their focus to historical figures of the past two centuries, from America's Founding Fathers to Nelson Mandela.
Nineteenth-century selections include the stirring address read at Beethoven's funeral; a reminiscence of Charlotte Bront by her great literary hero, William Thackeray; recollections of Henry David Thoreau by Ralph Waldo Emerson; and eulogies for Abraham Lincoln, Walt Whitman, and Voltaire, on the one-hundredth anniversary of his death. Among the latter-day tributes are salutes to Albert Einstein, T. S. Eliot, and Martin Luther King Jr., as well as President Ronald Reagan's farewell to the Challenger astronauts, Stephen Spender's paean to W. H. Auden, Bob Costas's eulogy for Mickey Mantle, and many other moving words of praise for men and women whose achievements serve as an ongoing source of inspiration.