Photoshop Cs2 Raw: Using Adobe Camera Raw, Bridge, and Photoshop to Get the Most Out of Your Digital Camera (Paperback) 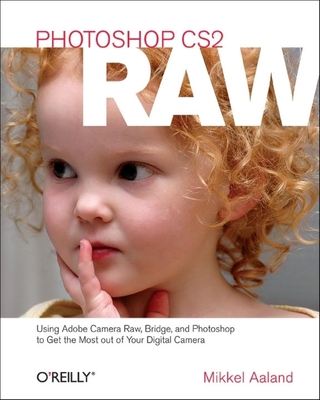 Photoshop Cs2 Raw: Using Adobe Camera Raw, Bridge, and Photoshop to Get the Most Out of Your Digital Camera (Paperback)

The RAW file format is the uncompressed data file captured by a digital camera's electronic sensor. When your camera saves an image in RAW format, settings like white balance, sharpening, contrast and saturation are not applied to the image but are saved instead in a separate header. Because RAW files remain virtually untouched by in-camera processing, they are essentially the digital equivalent to exposed but undeveloped film.

This makes RAW an increasingly popular format with amateur and professional digital photographers, because it affords greater flexibility and control during the editing process-if you know how to work with RAW files.

Most digital camera manufacturers supply their own software for converting RAW data, as do some third party vendors. Increasingly, however, the RAW converter of choice is a plug-in included in the latest version of Adobe Photoshop, the most popular and widely-used digital image editing tool in the world. Adobe Photoshop CS2 is emerging as the best place to edit RAW images, and the best way to master this new format is with Photoshop CS2 RAW.

Presented by photographer Mikkel Aaland, a pioneer of digital photography and author of eight books, including O'Reilly's Photoshop for the Web and the award-winning Shooting Digital, Photoshop CS2 RAW investigates and instructs in an accessible visual style. Required reading for professionals and dedicated photo hobbyists alike.

Mikkel Aaland is an award-winning photographer and the author of nine books, including Photoshop CS2 RAW (O'Reilly 2006), Shooting Digital (2nd edition, Sybex, 2006), Photoshop Elements 4 Solutions (4th edition Sybex/Wiley, 2006), Photoshop for the Web, 2nd edition (O'Reilly, 1999), Still Images in Multimedia (Hayden, 1996), and Digital Photography (Random House, 1992). Since 2001 Aaland has been a regular guest on G4's Call For Help TV Program with Leo Laporte. In 2003 he was a guest columnist for newsweek.com. In 2004, Shooting Digital was named the best Digital Photography book of the year by the Designer's Bookshelf.Aaland's documentary photographs have been exhibited in major institutions around the world, including the Bibliotheque Nationale in Paris and the former Lenin Museum in Prague. In 1981 he received the National Art Directors award for photography. He has contributed both text and/or photography to Wired, Outside, Digital Creativity, American Photo, The Washington Post, and Newsweek, as well as several European publications. Aaland has been a pioneer in digital photography, an interest that dates back to a 1980 interview he conducted with Ansel Adams. When Aaland asked Adams what he would be pursuing if he were just starting out, Adams discussed at length his fascination with digital photographs of the planets. Aaland has pursued this new technology since its infancy. During the 1980s he reported on digital photography as west coast editor of the Swedish FOTO magazine, and wrote a column on the subject for American Photographer magazine. Aaland is one of the few orginal Adobe Lightroom's alpha and beta user, and he served as an unpaid advisor on the project for over a year.