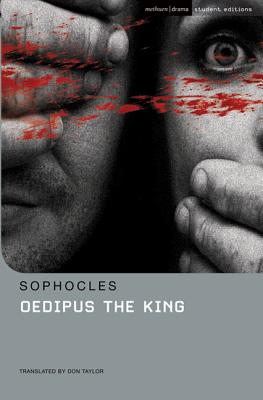 Since it was first performed in Athens in the 420s BC, Oedipus the King has been widely regarded as Sophocles' greatest tragedy and one of the foundation stones of western drama. Taken as a model by Aristotle in his Poetics, it became a yardstick for future generations. Since the play's rediscovery in the Renaissance, audiences - including Sigmund Freud - have found new interpretations and meanings in Sophocles' portrayal of the Theban king, inexorably pursuing the truth, only to discover that he has killed his father and married his mother.

This translation by Don Taylor, accurate yet poetic, was made for a BBC TV production of the Theban Plays in 1986, which he also directed. Commentary and notes by Angie Varakis.

Sophocles (496-406 BC) lived through the greater part of the long struggle with Sparta and died a few months after Euripides. He is credited with developing the tragic form and his surviving tragedies are masterpieces of construction. Methuen Drama publishes two volumes of his plays.