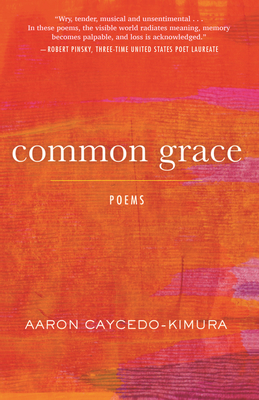 
Currently not in store. Available to order. Usually Ships in 3-7 Days
The first major poetry collection from an award-winning student of Robert Pinsky, exploring the inherited trauma within his Japanese American family, his life as an artist, and his bond with his wife

Part 1, “Soul Sauce,” describes the poet’s life as a practicing visual artist, taking us from an early encounter with an inkwell at Roseland Elementary in 1969 to his professional outdoor easel perched on Long Island Sound.

Part 2, ‘Ubasute,” is named after the mythical Japanese practice wherein “a grown son lifts / his aged mother on his back, / delivers her to a mountain, / leaves her to die.” This concept frames a wrenching portrayal of his parents’ decline and death, reaching back to his father’s time in the American internment camps of WWII and his mother’s memories of the firebombing of Tokyo. It also anchors the 2 outer parts in the racial trauma and joys passed down from his parents.

Part 3, “Gutter Trees,” gives us affecting love poems to his wife and the creative lives they’ve built together.

Ranging in scope from private moments to the sweep of familial heritage, Caycedo-Kimura’s poems are artful, subtle, but never quiet.
Aaron Caycedo-Kimura is a writer and visual artist. His chapbook, Ubasute, was selected by Jennifer Franklin, Peggy Ellsberg, and Margo Taft Stever as the 2020 Slapering Hol Press Chapbook Competition winner. His honors include a Robert Pinsky Global Fellowship in Poetry, a St. Botolph Club Foundation Emerging Artist Award in Literature, and nominations for the Pushcart Prize, Best of the Net, and Best New Poets anthologies. His poetry has appeared or is forthcoming in the Beloit Poetry Journal, Poetry Daily, RHINO, upstreet, Verse Daily, DMQ Review, Poet Lore, The Night Heron Barks, and elsewhere. Caycedo-Kimura earned his MFA in creative writing from Boston University and is also the author and illustrator of Text, Don’t Call: An Illustrated Guide to the Introverted Life (TarcherPerigee, 2017).
“Wry, tender, musical and unsentimental. . . . In these poems, the visible world radiates meaning, memory becomes palpable, and loss is acknowledged.”
—Robert Pinsky, 3-time United States Poet Laureate

“Here is a poet of clear-eyed originality, big-hearted and wise—and a book to read again and again.”
—Matthew Thorburn, author of The Grace of Distance