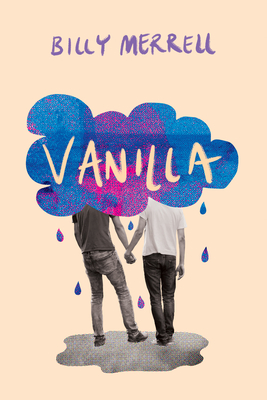 
Email or call for price.
A bold, groundbreaking novel about coming out, coming into your own, and coming apart.Vanilla and Hunter have been dating since seventh grade. They came out together, navigated middle school together, and became that couple in high school that everyone always sees as a couple. There are complications and confusions, for sure. But most of all, they love each other.As high school goes, though, and as their relationship deepens, some cracks begin to show. Hunter thinks they should be having sex.Vanilla isn't so sure. Hunter doesn't mind hanging out with loud, obnoxious friends.Vanilla would rather avoid them. If they're becoming different people, can they be the same couple?Falling in love is hard.Staying in love is harder.
Billy Merrell is the author of Talking in the Dark, a poetry memoir published when he was twenty-one, and is the co-editor (with David Levithan) of The Full Spectrum: A New Generation of Writing About Gay, Lesbian, Bisexual, Transgender, Questioning, and Other Identities, which received a Lambda Literary Award. Merrell is also a contributor to the New York Times-bestselling series Spirit Animals, and has published fiction, poetry, and translations in various journals and anthologies. Born in 1982, he grew up in Jacksonville, Florida, and received his MFA in Poetry from Columbia University. He now lives in Brooklyn, New York, with his husband, author Nico Medina.