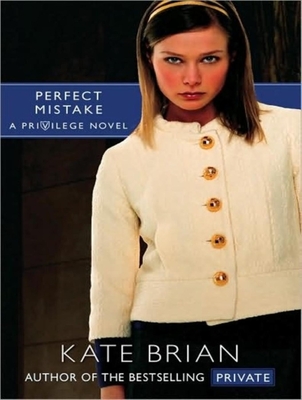 This is book number 3 in the Privilege series.

Ariana Osgood has everything she's ever wanted: A place at elite Atherton-Pryce boarding school. Fabulous friends. A new crush. And most important, a new identity. Now that she's officially become Briana Leigh Covington, Ariana's troubled past is dead and buried. Or is it? When the one person who knows her secret arrives on campus, Ariana decides it's time to say good-bye to her ex-best friend-forever. From the author of the bestselling Private novels comes a series about the dark world of wealth, secrets, and PRIVILEGE.

"Justine Eyre's throaty voice suits the story's melodramatic plot.... The narrative is gripping and makes the listener eager to hear what outrage is committed." ---AudioFile