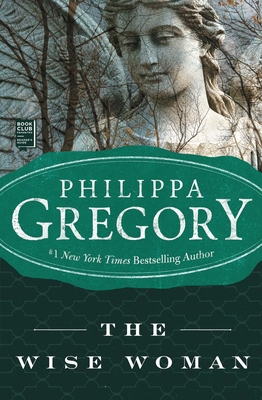 Growing up as an abandoned outcast on the moors, young Alys’ only company is her cruel foster mother, Morach, the local wise woman who is whispered to practice the dark arts. Alys joins a nunnery to escape the poverty and loneliness she has felt all her life, but all too soon her sanctuary is destroyed. King Henry VIII’s followers burn the holy place to the ground, and Alys only just manages to escape with her life, haunted by the screams of her sisters as they burned to death.

She finds work in a castle not far from where she grew up as an old lord’s scribe, where she falls obsessively in love with his son Hugo. But Hugo is already married to a proud woman named Catherine. Driven to desperation by her desire, she summons the most dangerous powers Morach taught her, but quickly the passionate triangle of Alys, Hugo, and Catherine begins to explode, launching them into uncharted sexual waters. The magic Alys has conjured now has a life of its own—a life that is horrifyingly and disastrously out of control.

Is she a witch? Since heresy means the stake, and witchcraft the rope, Alys is in mortal danger, treading a perilous path between her faith and her own power.
Philippa Gregory is the author of many New York Times bestselling novels, including The Other Boleyn Girl, and is a recognized authority on women’s history. Many of her works have been adapted for the screen including The Other Boleyn Girl. She graduated from the University of Sussex and received a PhD from the University of Edinburgh, where she is a Regent. She holds honorary degrees from Teesside University and the University of Sussex. She is a fellow of the Universities of Sussex and Cardiff and was awarded the 2016 Harrogate Festival Award for Contribution to Historical Fiction. She is an honorary research fellow at Birkbeck, University of London. She was awarded a CBE title for services to literature and charity in 2022. She welcomes visitors to her website PhilippaGregory.com.