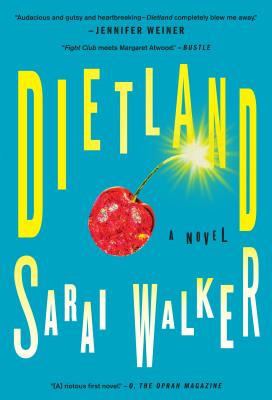 “Meet Plum, a woman who has forever defined herself by her obesity and who gets through her daily routine by looking forward to the life that will come after her weight-loss surgery. When Plum discovers that she is being followed by a strange girl, her life is changed forever. While Plum embarks on her journey of self-acceptance, a violent feminist crusade takes the world by storm. As the two storylines converge, readers witness an unexpected transformation. This is a fun, no-apologies-offered debut!”
— Tess Fahlgren, Fact & Fiction, Missoula, MT

The diet revolution is here. And it's armed. Plum Kettle does her best not to be noticed, because when you're fat, to be noticed is to be judged. With her job answering fan mail for a teen magazine, she is biding her time until her weight-loss surgery. But when a mysterious woman in colorful tights and combat boots begins following her, Plum falls down a rabbit hole into the world of Calliope House -- an underground community of women who reject society's rules -- and is forced to confront the real costs of becoming "beautiful." At the same time, a guerilla group begins terrorizing a world that mistreats women, and Plum becomes entangled in a sinister plot. The consequences are explosive.