The Truths and Lies of Nationalism as Narrated by Charvak (Paperback) 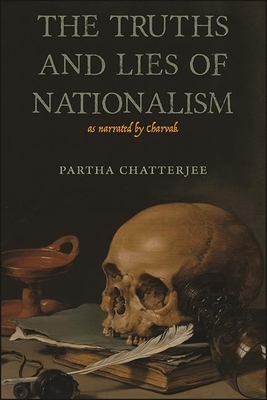 The Truths and Lies of Nationalism as Narrated by Charvak (Paperback)


Currently not in store. Available to order. Usually Ships in 3-7 Days
Written in the voice of the mythical atheist, naysayer, and general all-purpose heretic of Indian philosophy, The Truths and Lies of Nationalism as Narrated by Charvak presents a completely new way of telling the history of Indian nationalism. Severely criticizing the doctrines of both Hindu nationalism and pluralist secularism, it examines the ongoing debates over Indian civilization and recounts in detail how the present borders of India were defined by British colonial policy, the partition of 1947, and the integration of the princely states and the French and Portuguese territories. The emphasis is not so much on the state machinery inherited from colonial times but on the moral foundation of a new republic based on the solidarity of different but equal formations of the people. After a trenchant critique of the present-day conflicts over religion, caste, class, gender, language, and region in India, the book proposes a new politics of revitalized federalism. Intended for a general readership, and eschewing academic jargon, this book will be of interest to anyone concerned about the future of India.
Partha Chatterjee is Professor Emeritus of Anthropology and Middle Eastern, South Asian, and African Studies at Columbia University, New York, and Honorary Professor of Political Science at the Centre for Studies in Social Sciences, Calcutta. His previous books include The Nation and Its Fragments: Colonial and Postcolonial Histories and I Am the People: Reflections on Popular Sovereignty Today.