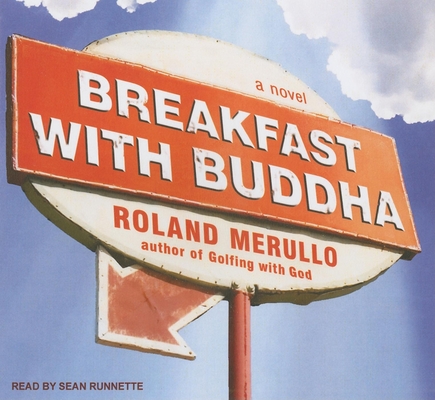 When his sister tricks him into taking her guru on a trip to their childhood home, Otto Ringling, a confirmed skeptic, is not amused. Six days on the road with an enigmatic holy man who answers every question with a riddle is not what he'd planned. But in an effort to westernize his passenger-and amuse himself-he decides to show the monk some "American fun" along the way. From a chocolate factory in Hershey to a bowling alley in South Bend, from a Cubs game at Wrigley field to his family farm near Bismarck, Otto is given the remarkable opportunity to see his world-and more important, his life-through someone else's eyes. Gradually, skepticism yields to amazement as he realizes that his companion might just be the real thing. In Roland Merullo's masterful hands, Otto tells his story with all the wonder, bemusement, and wry humor of a man who unwittingly finds what he's missing in the most unexpected place.

Roland Merullo is the critically acclaimed author of seven books, including the Revere Beach trilogy, "Golfing with God," and "Breakfast with Buddha."

Sean Runnette, a multiple "AudioFile" Earphones Award winner, has produced several Audie Award-winning audiobooks. He is a member of the American Repertory Theater company, and his television and film appearances include "Two If by Sea," "Copland," "Sex and the City," "Law & Order," and "Third Watch."

"The skillful Merullo, using the lightest of touches, slowly turns this low-key comedy into a moving story of spiritual awakening." ---Booklist