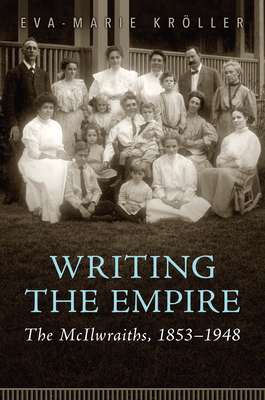 Writing the Empire is a collective biography of the McIlwraiths, a family of politicians, entrepreneurs, businesspeople, scientists, and scholars. Known for their contributions to literature, politics, and anthropology, the McIlwraiths originated in Ayrshire, Scotland, and spread across the British Empire, specifically North America and Australia, from the mid-nineteenth century onwards.

Focusing on imperial networking, Writing the Empire reflects on three generations of the McIlwraiths' life writing, including correspondence, diaries, memoirs, and estate papers, along with published works by members of the family. By moving from generation to generation, but also from one stage of a person's life to the next, the author investigates how various McIlwraiths, both men and women, articulated their identity as subjects of the British Empire over time. Eva-Marie Kr ller identifies parallel and competing forms of communication that involved major public figures beyond the family's immediate circle, and explores the challenges issued by Indigenous people to imperial ideologies. Drawing from private papers and public archives, Writing the Empire is an illuminating biography that will appeal to readers interested in the links between life writing and imperial history.