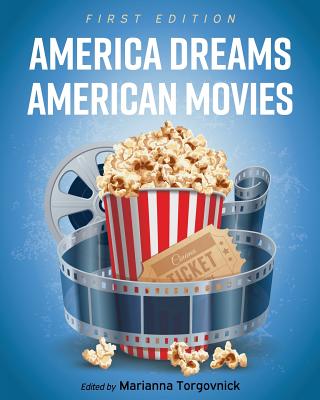 America Dreams American Movies: Film, Culture, and the Popular Imagination offers undergraduates in diverse areas of study an overview of how American cinema reflects the history of the United States. Rich in insight into groundbreaking artists, directors, and films that have stood the test of time, the book also offers practical advice on viewing and writing about film, and even on how students can create their own movies.

America Dreams American Movies is ideal for introductory film courses for both majors and non-majors in the discipline. Its nuanced exploration of the contexts in which films are made and viewed makes it an exciting supplemental text for courses in American studies and culture.

Marianna Torgovnick earned her undergraduate degree at New York University and her Ph.D. at Columbia University. A Fulbright lecturer and Guggenheim fellow, Dr. Torgovnick splits her time between teaching at Duke University in North Carolina, where she is a professor, and New York City, where she runs the Duke in New York Arts and Media program. An observer and critic of contemporary culture, Dr. Torgovnick is the author of The War Complex: World War II in Our Time, Gone Primitive: Savage Intellects, Modern Lives, The Visual Arts, Pictorialism, and the Novel, and several other books.