The Real Is Unknowable, The Knowable Is Unreal (Paperback) 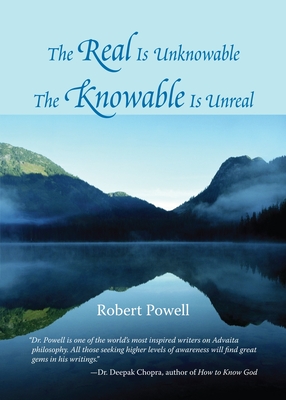 The Real Is Unknowable, The Knowable Is Unreal (Paperback)


Email or call for price.
Wisdom is to reject conventional wisdom about almost everything.Thus begins Robert Powell's inquiry into the nature of Totality and the unreality of all else. This small but profound book is divided into three parts. In the first, Reflections, Robert Powell comments on some of humankind's most timeless puzzles and questions: Does the body actually exist? What is man, if not that bundle of concepts and images that comes upon him at birth? The second, Interchanges, uses a dialogue format that recalls Plato's Allegory of the Cave, in which a teacher and student questioner in a modern setting discuss non-duality, consciousness, and reality. The third part, Essays, is comprised of eight essays, each only a few pages long but addressing overarching themes including consciousness, fear of death, the end of the search, and the notion of the real as unknowable. Readers will leave the book with a satisfying conclusion to a brief, luminous work that can be read again and again.
Robert Powell was born in Amsterdam, the Netherlands in 1918. After obtaining his doctorate in chemistry from London University, he pursued a career first as an industrial chemist and later as a science writer and editor, in Britain and the United States. His personal exploration of spirituality began in the 1960s, and his quest for self-discovery led him to Zen and a number of spiritual masters including J. Krishnamurti and Ramana Maharshi. His own spiritual awakening coincided with his discovery of the teachings of Nisargadatta Maharaj. He is the editor of the Nisargadatta trilogy, and the author of a number of books on what he describes as "human consciousness transformation." Powell now lives a busy life in La Jolla, California, with his loving wife, Gina.
"Dr. Powell is one of the world's most inspired writers on Advaita philosophy. All those seeking higher levels of experience will find great gems in his writings."-Dr. Deepak Chopra, author of How to Know God