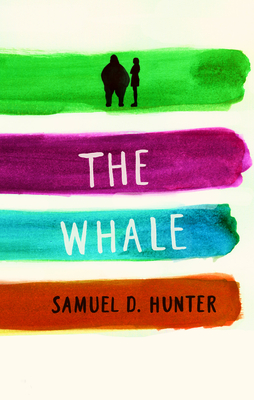 
Currently not in store. Available to order. Usually Ships in 3-7 Days
Acclaimed for his gentle, complex characterizations, Samuel D. Hunter's bighearted and funny plays explore the quiet desperation running through many American lives. The Whale tells the story of a six hundred-pound shut-in's last chance at redemption and of discovering beauty in the most unexpected places when he reaches out to his long-estranged--and severely unhappy--daughter. Hunter's second piece, the Obie Award-winning A Bright New Boise, is a philosophical investigation of faith and search for meaning in rural Idaho where a disgraced evangelical is forced to take a minimum-wage job at the local Hobby Lobby craft store in an effort to reunite with his estranged son.
Samuel D. Hunter's plays include The Whale (2013 Drama Desk Award, 2013 Lucille Lortel Award for Outstanding Play, Drama League and Outer Critics Circle nominations for Best Play), A Bright New Boise (2011 Obie Award for Playwriting, 2011 Drama Desk nomination for Best Play), The Few, A Great Wilderness, and Rest. Sam is the winner of a 2012 Whiting Writers Award, the 2013 Otis Guernsey New Voices Award, the 2011 Sky Cooper Prize, and the 2008-2009 PONY Fellowship. He is a member of New Dramatists, an Ensemble Playwright at Victory Gardens, a Core Member of The Playwrights' Center, a member of Partial Comfort Productions, and is currently a Resident Playwright at Arena Stage. A native of northern Idaho, Sam lives in NYC. He holds degrees in playwriting from NYU, The Iowa Playwrights Workshop, and Juilliard. In 2014, Mr. Hunter was awarded a prestigious "genius" grant from the MacArthur Foundation.