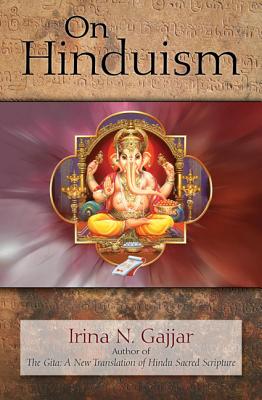 
Email or call for price.
What is Hinduism? Historians, teachers, scholars, and gurus have disagreed for centuries and continue to disagree. One reason is because Hinduism the world's oldest continuously extant major religion is not a single faith with a static set of beliefs and a single sacred scripture. It is actually a mixture of faiths that have evolved from the inhabitants of the Indian subcontinent a universal faith that is open to interpretation and evolving scientific truth, and one that deeply respects individual thought. In this, her latest book, Gajjar has striven for clarity in her explanations while recognizing the immense complexity of the subject matter. In a sense, she writes, On Hinduism is an opinion about an opinion. Religions are beliefs and opinions about the universe, about humankind, about birth and death and matters of the spirit. Hinduism itself is a widely held belief system and this work is a true account of what Hindus believe. On Hinduism is a comprehensive account of contemporary Hinduism, a religion that for many justifies place and existence. The author skillfully weaves together history, philosophy, science, mythology, literature, and biography to give even the novice a strong framework to understand the depth and importance of Hinduism. The book is both an historical and a philosophical account, grounded by the deep reflections of an important mind.
Irina N. Gajjar holds a PhD in Ancient Indian Studies from Bombay University, and studied Sanskrit in India for ten years. She speaks eight languages, including Gujarati, Chinese, Spanish, Portuguese, Romanian, and French. Her first book, The Gita, was a new translation of the Bhagavad Gita, one of the great treasures of world religious, philosophical, and ethical literature. Gajjar lives in Chicago. ISBNs and titles of author's previous books: The Gita, A New Translation of Hindu Sacred Scripture, 978-0975366288; The Pokhraj, 978-1885373687