Oceana: Our Endangered Oceans and What We Can Do to Save Them (Hardcover) 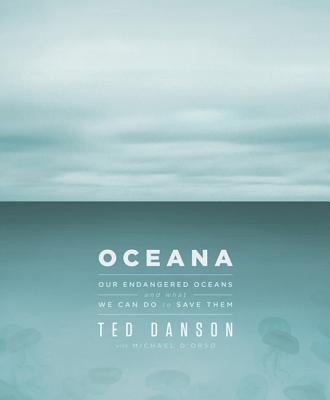 Most people know Ted Danson as the affable bartender Sam Malone in the long-running
television series Cheers. But fewer realize that over the course of the past two and a half
decades, Danson has tirelessly devoted himself to the cause of heading off a looming global
catastrophe—the massive destruction of our planet's oceanic biosystems and the complete
collapse of the world's major commercial fisheries.

In Oceana, Danson details his journey from joining a modest local protest in the mid-
1980s to oppose offshore oil drilling near his Southern California neighborhood to his current
status as one of the world's most influential oceanic environmental activists, testifying before
congressional committees in Washington, D.C., addressing the World Trade Organization in
Zurich, Switzerland, and helping found Oceana, the largest organization in the world focused
solely on ocean conservation.

In his incisive, conversational voice, Danson describes what has happened to our oceans in
just the past half-century, ranging from the ravages of overfishing and habitat destruction to the
devastating effects of ocean acidification and the wasteful horrors of fish farms. Danson also
shares the stage of Oceana with some of the world's most respected authorities in the fields
of marine science, commercial fishing, and environmental law, as well as with other influential
activists.

Combining vivid, personal prose with an array of stunning graphics, charts, and photographs,
Oceana powerfully illustrates the impending crises and offers solutions that may allow us
to avert them, showing you the specific courses of action you can take to become active,
responsible stewards of our planet's most precious resource—its oceans.

TED DANSON's versatility in both television and film makes him one of the most accomplished and credible actors today. From his first feature film roles in Joseph Wambaugh's The Onion Field (1979) and Lawrence Kasdan's Body Heat (1981) to his starring role in the television series Cheers, Ted Danson has captivated audiences worldwide with his equally sensational dramatic and comedic performances. Danson currently stars in HBO's Bored to Death. He recently appeared on the critically acclaimed legal drama Damages on FX, as well as HBO's Curb Your Enthusiasm. In addition to winning two Emmys and three Golden Globe Awards throughout his career, Danson has been nominated for twelve Emmys, eight Golden Globes, and one SAG Award.

MICHAEL D'ORSO's work includes fifteen books; seven have been bestsellers
and three have been nominated for the Pulitzer Prize.