Volume 1 of the Collected Works of Marie-Louise von Franz: Archetypal Symbols in Fairytales: The Profane and Magical Worlds (Paperback) 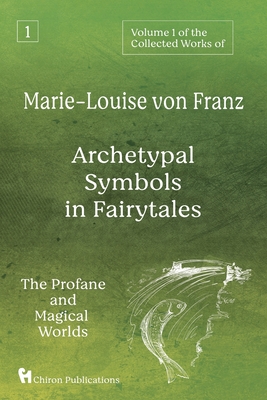 This newly translated volume of the Collected Works of Marie-Louise von Franz, one of the most renowned authorities on fairytales, presents a systematic and wide-ranging approach. Von Franz amplifies a variety of fairytale motifs to show that the magical realm is alien to the profane and mundane realm of ordinary daily life. She was one of Analytical Psychology's most original thinkers and here she presents a lucid, concise exploration of the archetypal symbols found in fairytales.

The Collected Works of Marie-Louise von Franz is a 28 volume Magnum Opus of one of the leading minds in Jungian Psychology. The first volume, Archetypal Symbols in Fairytales: The Profane and Magical Worlds, releases on her 106th birthday, January 4th, 2021 and is to be followed by 27 more volumes over the next 10 years.

Fairytales, like myths, provide a cultural and societal backdrop that helps the human imagination narrate the meaning of life's events. The remarkable similarities in fairytale motifs across different lands and cultures inspired many scholars to search for the original homeland of fairytales. While peregrinations of fairytale motifs occur, the common root of fairytales is more archetypal than geographic. A striking feature of fairytales is that a sense of space, time, and causality is absent. This situates them in a magical realm, a land of the soul, where the most interesting things happen in the center of places like Heaven, mountains, lakes, and wells.

At the age of eighteen, while still in high school, Marie-Louise von Franz met Carl Jung at his Bolingen Tower. She later described this as the most decisive encounter of her life. She entered analysis with him months later, completed her doctorate in classical philology and began seeing her first analysands soon after. She was wholeheartedly dedicated to the unconscious, both in her own life and that of her analysands. She developed a far-reaching expertise in fairytales, alchemy, synchronicity and numbers. She is estimated to have personally analyzed over 65,000 dreams.

"She was a prolific writer and a highly sought-after teacher. Listening to von Franz lecture was a numinous experience. I thought God was speaking. She seemed to know everything. In an amazing fashion and without a text, she ranged over history West and East, mythology, philosophy, anthropology, and a host of other specialized areas. Never in my training had I heard such far-reaching and profound reflections." (Murray Stein, PhD)

Section 1: The Profane and Magical Worlds and their Main Figures

3. The Hole in Earth, the Sky-Hole, and the Cave

11. The Upper and the Underworld

13. The Realm of the Dead and the Spirit World

14. The Inhabitants of the Land of the Spirits

Section 2: The Archetypal Figures of the Magical

18. The Image of the Daemonic Son the shadow]

19. The Magical Daughter the anima]