The Poor Side of Town: And Why We Need It (Hardcover) 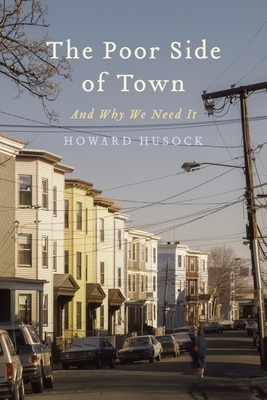 The Poor Side of Town: And Why We Need It (Hardcover)

By Howard A. Husock

This book combines a critique of more than a century of housing reform policies, including public and other subsidized housing as well as exclusionary zoning, with the idea that simple low-cost housing--a poor side of town--helps those of modest means build financial assets and join in the local democratic process. It is more of a historical narrative than a straight policy book, however--telling stories of Jacob Riis, zoning reformer Lawrence Veiller, anti-reformer Jane Jacobs, housing developer William Levitt, and African American small homes advocate Rev. Johnny Ray Youngblood, as well as first-person accounts of onetime residents of neighborhoods such as Detroit's Black Bottom who lost their homes and businesses to housing reform and urban renewal. This is a book with important policy implications--built on powerful, personal stories.

Howard Husock is an Adjunct Fellow at the American Enterprise Institute as well as a Contributing Editor to City Journal. From 2006-2019 he served as Vice-President, Research and Publications at the Manhattan Institute; from 1987-2006 he was the Director, of Case Studies in Public Policy and Management at Harvard Kennedy School of Government, Harvard University. His work at WGBH-TV, Boston (1978-87) won a National News and Documentary Emmy Award, New England Emmy awards, and the Robert F. Kennedy Journalism Award for Television. He is the author of America's Trillion-Dollar Housing Policy Mistake: The Failure of American Housing Policy (Ivan R. Dee, 2003); Philanthropy Under Fire (Encounter, 2015) and Who Killed Civil Society? (Encounter, 2019). He is married to the ceramic artist Robin Henschel.