The Art of Total War: From the Samurai of Japan to the Legions of the North (Hardcover) 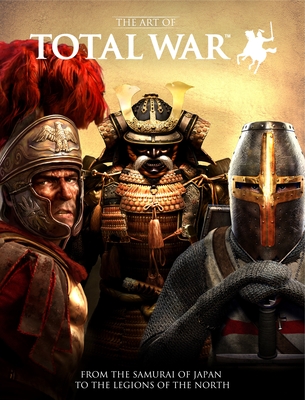 The Art of Total War: From the Samurai of Japan to the Legions of the North (Hardcover)


Email or call for price.
The Art of Total War is a high-end art book based on the bestselling Total War™ franchise, including the latest game in the series Total War™: ROME II. This volume will include full colour concept and development art throughout, as well as creator and artist commentaries.  Total War is known for its cinematic quality and phenomenal attention to detail, admired by gamers and critics alike.
Martin Robinson is an award-winning journalist and Features Editor at Eurogamer. Previously Content Editor at the UK office of IGN.com.
"The book is constructed extremely well and contains images that would be worthy of framing and displaying in your home." - Steam First

"Many of these pieces are true works of art." - Gaming Trend

"Titan publishes art books that are often as compelling to read as they are to look at, and The Art of Total War is perhaps the best example of this." - VG Blogger

"This art book is not a collage of images thrown together in a hardback book and waved in the faces of fans as collectable merchandise, but instead is a high-end art book that anyone looking for a lot of in depth detail and thought provoking discussion can enjoy" - Entertainment Buddha

"This book is a love letter to the iconic franchise that had a major impact in the strategy gaming community." - New Gamer Nation

"If you’re an game designer, artist or war history buff, The Art of Total War will be a wonderful addition to your library and reference." - Retrenders