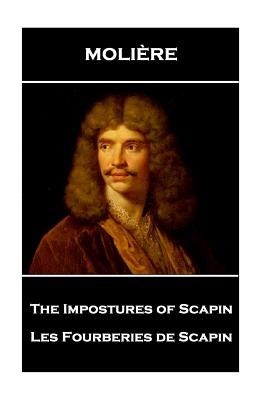 
Currently not in store. Available to order. Usually Ships in 3-7 Days
Jean-Baptiste Poquelin is better known to us by his stage name of Moli re. He was born in Paris, to a prosperous well-to-do family on 15th January 1622.

In 1631, his father purchased from the court of Louis XIII the posts of "valet of the King's chamber and keeper of carpets and upholstery" which Moli re assumed in 1641. The benefits included only three months' work per annum for which he was paid 300 livres and also provided a number of lucrative contracts.

However in June 1643, at 21, Moli re abandoned this for his first love; a career on the stage. He partnered with the actress Madeleine B jart, to found the Illustre Th tre at a cost of 630 livres.

Unfortunately despite their enthusiasm, effort and ambition the troupe went bankrupt in 1645.

Moli re and Madeleine now began again and spent the next dozen years touring the provincial circuit. His journey back to the sacred land of Parisian theatres was slow but by 1658 he performed in front of the King at the Louvre.

From this point Moli re both wrote and acted in a large number of productions that caused both outrage and applause. His many attacks on social conventions, the church, hypocrisy and other areas whilst also writing a large number of comedies, farces, tragicomedies, com die-ballets are the stuff of legend.

'Tartuffe', 'The Misanthrope', 'The Miser' and 'The School for Wives' are but some of his classics.

His death was as dramatic as his life. Moli re suffered from pulmonary tuberculosis. One evening he collapsed on stage in a fit of coughing and haemorrhaging while performing in the last play he'd written, in which, ironically, he was playing the hypochondriac Argan, in 'The Imaginary Invalid'.

Moli re insisted on completing his performance.

Afterwards he collapsed again with another, larger haemorrhage and was taken home. Priests were sent for to administer the last rites. Two priests refused to visit. A third arrived too late. On 17th February 1673, Jean-Baptiste Poquelin, forever to be known as Moli re, was pronounced dead in Paris. He was 51.