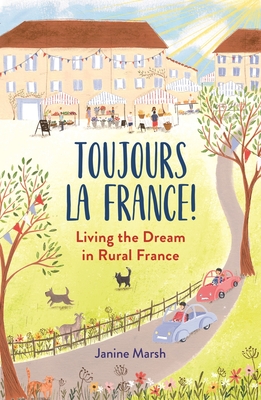 Janine Marsh lives in northern France with her husband and myriad pets. She is unable to resist a stray animal, and the word is out. She works from a converted pig sty when she’s not traveling around France doing research for her website www.thegoodlifefrance.com, which tells you everything you need to know about France and more.

She gave up a sensible job in London, where she was born, to renovate a bargain basement barn and turn it into a home – an ongoing project. Along the way she became maid to four cats, three dogs, four geese, nine ducks (that's a long story) and thirty-eight chickens! And about eight hedgehogs when they're awake.

She is an award-winning travel writer and social media fan who loves to share her life, explorations and photos on Facebook at The Good Life France.