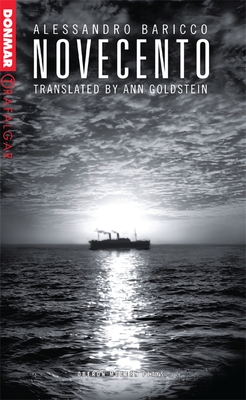 At the turn of the 20th Century, the great cruise liner Virginia shuttles back and forth across the Atlantic Ocean, transporting passengers from old Europe to the New World. When an abandoned baby is found on board the sailors christen Novecento - 1900. The child is destined to a strange fate. Novecento will never leave the ship as long as he lives, yet he becomes the greatest jazz musician the world would never know. He only knows his music, which has a magical effect on everyone who hears. For six years before World War II, Tim Tooney played trumpet with him and Novecento gave him his story...

Adapted for film in The Legend of 1900, this stage adaptation presented as a monologue, is a beautiful piece of theatre.

Alessandro Baricco was born in Turin, Piedmont and is a popular Italian writer, director and performer. His novels have been translated into a wide number of languages. He has also published essays on music criticism and on the relation between music and modernity. Baricco debuted as a novelist with Castelli di rabbia (translated as Lands of Glass) in 1991. In the following years his fame grew enormously throughout Europe. He has also directed the film Lezione 21.