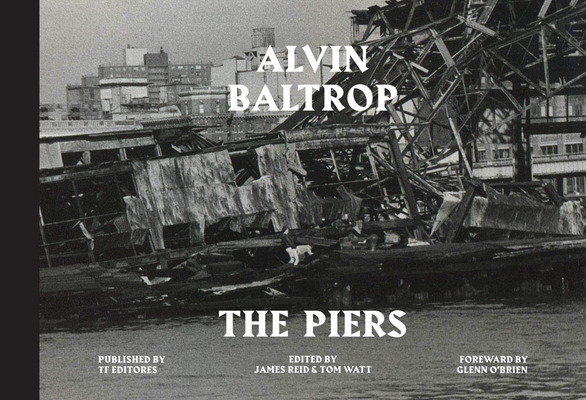 Powerful, lyrical and controversial, Alvin Baltrop's photographs are a groundbreaking exploration of clandestine gay culture in New York in the 1970s and 80s. During that era, the derelict warehouses beneath Manhattan's West Side piers became a lawless, forgotten part of the city that played host to gay cruising, drug smuggling, prostitution and suicides.
Baltrop documented this scene, unflinchingly and obsessively capturing everything from fleeting naked figures in mangled architectural environments to scenes of explicit sex and police raids on the piers. His work is little known and underpublished--mainly due to its unflinching subject matter--but while often explicit, his photographs are on a par with those of Nan Goldin, Peter Hujar and Enrique Metenides.
While the outside world saw New York as the glamorous playground of Studio 54, Warhol's gang and the disco era, Baltrop photographed the city's gritty flipside; his work is an important part of both gay culture and the history of New York itself. This clothbound volume compiles the Piers series in one definitive monograph, a powerful tribute to a long-forgotten world at the city's dilapidated margins.
Alvin Baltrop (1948-2004) was born in the Bronx, New York, and spent most of his life living and working in New York City. From 1969 to 1972, he served in the Vietnam War and began photographing his comrades. Upon his return, he enrolled in the School of the Visual Arts in New York, where he studied from 1973 to 1975. After working various jobs--vendor, jewelry designer, printer--he settled on the banks of Manhattan's West Side, where he would produce the bulk of his photographic output.