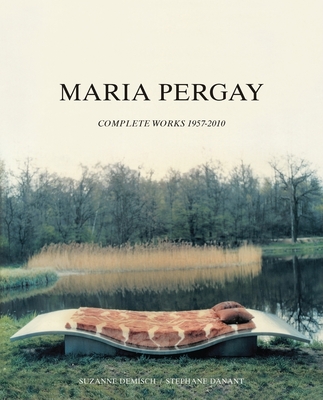 
Email or call for price.
Maria Pergay: Complete Works 1957-2010 is the first comprehensive survey of the work of the legendary French furniture designer, whose work has attracted clients and collectors from around the world for decades. Pergay is most renowned for her use of stainless steel, which she began exploring in 1968 with the now iconic Flying Carpet Daybed and the Ring Chair. Since 1957, Pergay has worked with everyone from Pierre Cardin to the Saudi Royal family, designing an extravagant Turtle Sofa for the couturier and the interiors of the Al Hada palace in Riyahd. In the late 1980s and through the 1990s, the designer received important commissions from Russia and continued to pursue her innovative work in stainless steel, combining it with materials such as mother of pearl, lacquer and precious woods to striking effect. Since her major New York exhibition in 2006, Pergay, now 80, has exhibited internationally and has continued to create pieces for major collectors. Compiled with the designer's collaboration, Maria Pergay: Complete Works 1957-2010 covers more than 50 years of creation. As the only authoritative reference catalogue on the designer's work, it presents detailed factual descriptions of more than 300 of Pergay's designs accompanied by contemporary and vintage photographs, many of which have never previously been reproduced.
Maria Pergay was born to Russian parents in Romania in 1930, emigrating to France at the age of seven. Pergay designed her first collection of contemporary silver objects in 1957, opening her own shop on Paris' Place des Vosges in 1960. In 1968, her first group of stainless steel furniture was exhibited at Galerie Maison Jardin and gained her instant success. Pergay has since been sought after by sophisticated collectors for private commissions around the world, including Saudi Arabia and Russia. Since her major New York show in 2006, Pergay, now in her eighties, exhibits internationally, while continuing to create pieces for a growing audience of major collectors.