Revolutionary Tides: The Art of the Political Poster 1914-1989 (Hardcover) 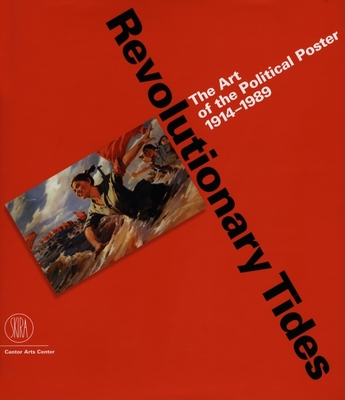 Revolutionary Tides: The Art of the Political Poster 1914-1989 (Hardcover)


Email or call for price.
Public assemblies and multitudes in action are fundamental to our notion of political life. Through 120 posters-many never previously reproduced-the book examines the impact of large gatherings of people in politics and society concentrating on the turbulent years of the first half of the 20th century. The posters will be presented in a nearly year-long US exhibition, drawn from the massive collection of Stanford University's Hoover Institution, and augmented by works from the Wolfsonian Museum, Florida International University, and the Cantor Arts Center, Stanford University. The exhibition catalog, published in conjunction with the Cantor Arts Center, explores the decisive importance of large gatherings of people and its correlative, the mass medium of poster art, and considers the complex nature of the portrayal of political crowds in the modern period.Schnapp's text frames the featured works within a broader history of the images of the crowd in Western art. The essay aims to sharpen the reader's perspective by creating a synthetic understanding of how emerging principles of popular sovereignty in politics shaped new images and myths of a new, collective sense of our humanity.
Jeffrey T. Schnapp is holder of the Rosina Pierotti Chair at Stanford University and Director of Stanford's Humanities Laboratory. He is the author of several books, including The Transfiguration of History at the Center of Dante's Paradise (1986) and Staging Fascism: 18BL and the Theater of Masses for Masses (1996).