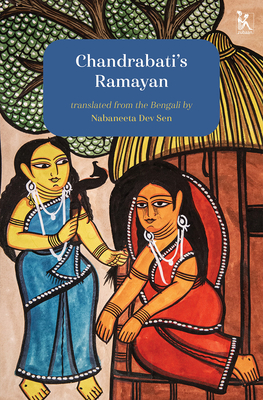 By Nabaneeta Dev Sen (Translated by)


Backordered. Please call 508.548.5548 for more information.
Chandrabati, the first woman poet in Bangla, lived in the sixteenth century in Mymensingh district in present day Bangladesh. She was also the first poet in the Bangla language to present a retelling of the Ram story from the point of view of Sita. Idolized as a model of marital obedience and chastity in Valmiki’s Ramayan, Chandrabati’s lyrical retelling of Sita’s story offers us a fresh perspective. Written in order to be sung before a non-courtly audience, mainly of womenfolk of rural Bengal, Chandrabati’s Ramayan adds new characters and situations to the story to provide new interpretations of already known events drawing richly on elements of existing genres. Its location in the tales of everyday life has ensured that Chandrabati’s Ramayan lives on in the hearts of village women of modern-day India. Translated into English for the first time by renowned and recently deceased writer Nabaneeta Dev Sen, this edition brings a beloved religious tale to a new audience in the twenty-first century.

Nabaneeta Dev Sen (1938-2019) was one of Bengal’s best-known writers. She not only wrote poetry, but also novels, plays, travelogues, critical essays, and academic pieces. She taught comparative literature at Jadavpur University, Kolkata, and remained involved at the level of activism and support in women’s causes.