Once Upon A Time In America (Hardcover) 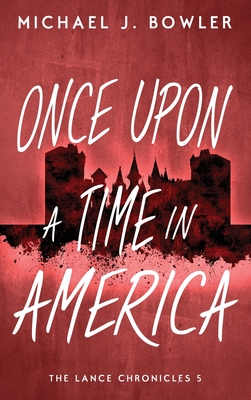 Once Upon A Time In America (Hardcover)

With Lance leading the way, the Knights of the Round Table have set out to convince the American people that amending the Constitution to protect children is long overdue. As the team travels from state to state, they are met with acceptance, indifference, and hostility. But Lance's popularity, coupled with his innate charm, gradually sways more of the populace to their cause.

The journey becomes a rite of passage that propels the young people into adulthood and solidifies Lance's status as an iconic and influential figure.

But he's uneasy. He knows Arthur is hiding something from him. After The Excalibur Incident in Las Vegas, Lance is certain the future will bring him great sorrow.

Then comes the attack, sudden and brutal.

Now the Round Table is in disarray, and Lance must confront a cold-blooded killer who's luring him into an obvious trap. If he refuses the challenge, more loved ones will die, and everything he's accomplished will die with them. Surrounded by the diverse young people who have become his family, Lance sets out for the final showdown with his enemy.