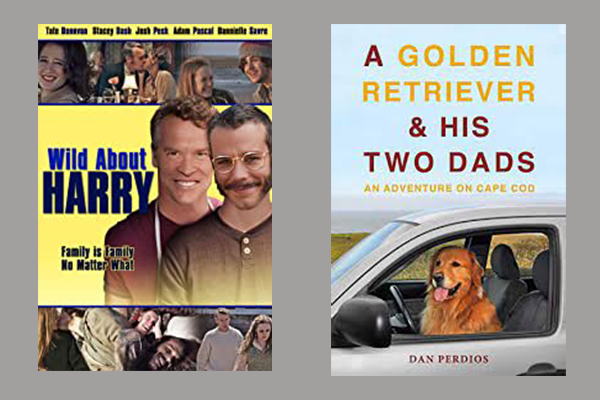 Film Screening and Book Signing at the Falmouth Public Library

Join producer James Egan for a screening of the film Wild About Harry, followed by a book signing of A Golden Retriever & His Two Dads: An Adventure on Cape Cod by Dan Perdios, whose story takes place on the set of Wild About Harry!

Set in 1973 and inspired by true events, Wild About Harry tells the story of the havoc wreaked in a teenage girl's life when she discovers her widowed father is gay. Alternately comic and tragic, the film captures the homophobia of the time within the backdrop of small town America on Cape Cod.

A Golden Retriever & His Two Dads: An Adventure on Cape Cod (Paperback)