On January 23, 2017 the American Library Association announced this year's Youth Media Awards. I've seen people describe the ALA awards as "the Academy Awards of Children's Lit." It's true. Newbery, Caldecott, Coretta Scott King, Belpre, Prinz winners become instant classics. They are added to school reading lists, they stay in print longer. We have people who ask where our 'awards section' is.

Last year I went to Boston for the awards show with a few Falmouth librarians. It was amazing! The energy in the room during the announcements is palpable. People cheer. Sometimes there are pauses as everyone in the room tries to process what just happened. So much fun. This year, the awards ceremony was held in Atlanta, but I had the pleasure of watching the live broadcast at Morse Pond with the librarian and the 5th grade book club. We might try to make it a tradition, so let me know if you want to join the viewing party next year. The show starts at 8 am.

As a bookseller, I can't help but judge myself a little during the awards ceremony. Did I know the book? Did I buy it for the store? Was it one of our Holiday Picks? Do I have the book currently in stock? I'm (not-so) secretly delighted that the past two Newbery winners were on our Holiday Picks list. I'll have to work harder on the Caldecott. The committee always surprises me on that one.

This year's winners are listed below, with a few notes from Eight Cousins. We have most of the books in stock, but we recommend calling ahead if you would like to put one on hold. The winners are in high demand right now!

Congratulations to all of the authors who have been recognized for outstanding contributions to children's literature. Thank you for writing these amazing stories and giving us a reason to celebrate.

John Newbery Medal for the most outstanding contribution to children's literature

Like Chaucer’s Canterbury Tales, The Inquisitor’s Tale is told in a series of stories, all by different travelers, who rest in a tavern and share the news. The news that’s on everyone’s mind is the tale of three children (and a dog) who are fugitives and wanted by King Louis of France. “How did this happen? That’s what I’m wondering” the narrator tells us in the opening, and readers will wonder the same as they read each storyteller’s captivating tale of Jeanne - a peasant, with a sainted dog - William - a supernaturally strong young monk - and Jacob - a Jewish boy who has the ability to heal. The Inquisitor’s Tale brings the complexity of the medieval period to life and will teach a little about acceptance, bravery, religion, and what to do should you encounter a farting dragon. Illustrated. 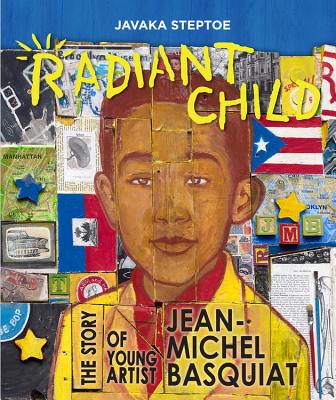 Caldecott Honor Books
They All Saw a Cat
“The cat walked through the world, with its whisker, ears, and paws . . .” and along the way a child, dog, fox, fish, mouse, bee, bird, flea, snake, skunk, worm, and bat all saw a cat, but not all  in the same way. Each one sees the cat a little differently providing a simple story about perspective.
~ Eight Cousins
Coretta Scott King Book Award, recognizing an African American author and illustrator of outstanding books for children and young adults
Coretta Scott King (Author) Book Award 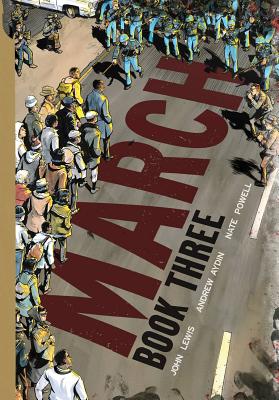 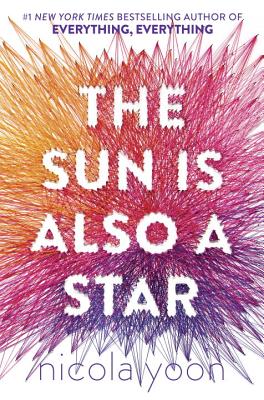 
Nicola Yoon burst onto the YA scene last year with Everything, Everything (soon to be a movie), and The Sun Is Also a Star shines just as bright. Natasha and Daniel cross paths as both of them are going through major life changes. Natasha is doing everything she can in a last-ditch effort to save her family from being deported. Daniel is supposed to be meeting an interviewer who will help decide whether Daniel will fulfill all of his parents’ dreams for him, or become the family failure. As the day unfolds, we learn not only about the two characters, but also the stories behind the people they meet along the way. The people, who in another story might be considered background characters, take center stage for a page or two. Long enough for us to remember that while we might only interact with them for an instant, everyone has a story and you never know what kind of impact your brief connection could have. Kindness and selfishness have ripple-effects that you may never realize.
~ Eight Cousins 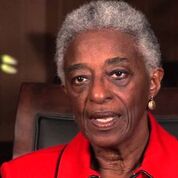 Dr. Bishop is a winner of numerous awards and has served as a respected member of many book awards committees over the course of her long and distinguished career. Her influential writing, speaking, and teaching articulates the history and cultural significance of African-American children’s literature. Her globally cited work, “Mirrors, Windows and Sliding Glass Doors,” has inspired movements for increased diversity in books for young people, and provides the basis for the best multicultural practice and inquiry for students, teachers, writers and publishing houses.
Laura Ingalls Wilder Award honors an author or illustrator whose books, published in the United States, have made, over a period of years, a substantial and lasting contribution to literature for children.
The 2017 winner is Nikki Grimes, whose award-winning works include “Bronx Masquerade,” which won the Coretta Scott King Author Award in 2003, and “Words with Wings,” the recipient of a Coretta Scott King Author Honor in 2014. In addition, Grimes received the Virginia Hamilton Literary Award in 2016 and the NCTE (National Council of Teachers of English) Award for Excellence in Poetry for Children in 2006.
Michael L. Printz Award for excellence in literature written for young adults

Honor Books
Schneider Family Book Award for books that embody an artistic expression of the disability experience
Margaret A. Edwards Award for lifetime achievement in writing for young adults 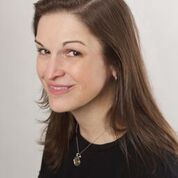 The 2017 winner is Sarah Dessen. Her books include: Dreamland, Keeping the Moon, Just Listen, The Truth about Forever, Along for the Ride, What Happened to Goodbye? and This Lullaby, all published by Viking Children's Books, an imprint of Penguin Young Readers Group, a Penguin Random House Company.
Mildred L. Batchelder Award for an outstanding children's book translated from a foreign language and subsequently published in the United States 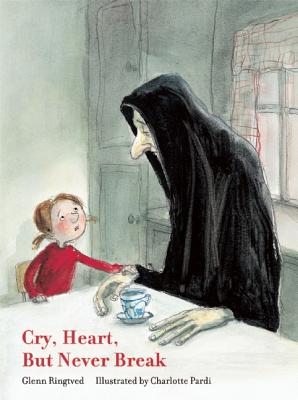 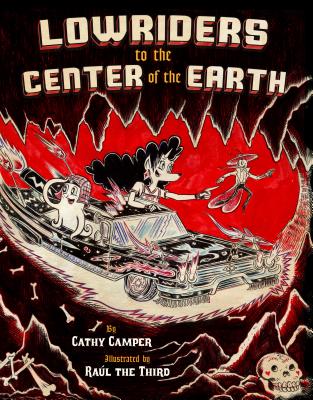 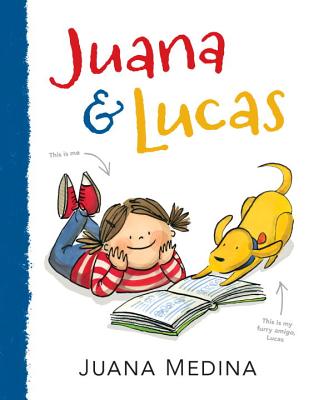 Stonewall Book Award - Mike Morgan & Larry Romans Children's & Young Adult Literature Award given annually to English-language children's and young adult books of exceptional merit relating to the gay, lesbian, bisexual and transgender experience
Honor Books
When the Moon Was Ours
Best friends Miel and Sam are strange and inseparable. Roses grow out of Meil’s wrists and Sam is known for the moons he paints and hangs in the trees.  When the Bonner girls, four beautiful sisters rumored to be witches, want the roses that grow from Meil’s skin, the story becomes especially suspenseful. Meil needs to protect herself but she also would do anything to keep Sam safe and his secrets from being revealed. Using ethereal language and magical realism, When the Moon Was Ours is a beautifully written romance with multicultural elements and LGBT themes.  It is also an inspiring, honest story about best friends who fall in love and have to decide how they want to define themselves in this world.
~ Eight Cousins
Theodor Seuss Geisel Award for the most distinguished beginning reader book 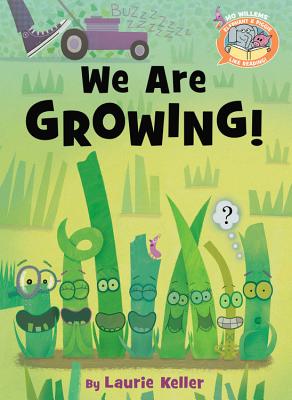 William C. Morris Award for a debut book published by a first-time author writing for teens 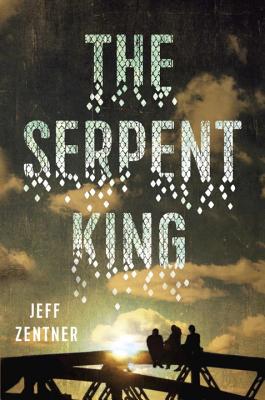 Holiday Pick 2016
Dill, Lydia, and Travis are finishing high school, but while Lydia is getting ready to embark on a new adventure, Dill and Travis plan to continue living in the same small town, under the thumb of their domineering parents. Dill’s mother has never forgiven him for testifying against his own father, a Pentecostal minister known for handling snakes. Travis’s father is abusive and Travis’s best escape is a fantasy series by his favorite author. The characters and writing in this book are stunning and, although you will cry, you will also rejoice as Dill slowly re-discovers his own voice.
~ Eight Cousins
Finalists
YALSA Award for Excellence in Nonfiction for Young Adults

Freedom Over Me: Eleven Slaves, Their Lives and Dreams Brought to Life by Ashley Bryan (Hardcover)

The Inquisitor's Tale: Or, The Three Magical Children and Their Holy Dog (Hardcover)

As Brave As You (Hardcover)

In Plain Sight: A Game (Hardcover)

The Sun Is Also a Star (Hardcover)

Asking For It (Hardcover)

The Passion of Dolssa (Hardcover)

When We Collided (Hardcover)

Over the Ocean (Hardcover)

As Time Went By (Hardcover)

The Ballad of a Broken Nose (Hardcover)

Lowriders to the Center of the Earth (Hardcover)

The Princess and the Warrior: A Tale of Two Volcanoes (Hardcover)

The Only Road (Hardcover)

We Will Not Be Silent: The White Rose Student Resistance Movement That Defied Adolf Hitler (Hardcover)

Magnus Chase and the Gods of Asgard, Book 2 The Hammer of Thor (Hardcover)

If I Was Your Girl (Hardcover)

When the Moon Was Ours: A Novel (Hardcover)

The Smell of Other People's Houses (Hardcover)

Tell Me Something Real (Hardcover)

In the Shadow of Liberty: The Hidden History of Slavery, Four Presidents, and Five Black Lives (Hardcover)

This Land Is Our Land: A History of American Immigration (Hardcover)

The Queen of Blood: Book One of The Queens of Renthia (Hardcover)

The Regional Office is Under Attack!: A Novel (Hardcover)

In the Country We Love: My Family Divided (Hardcover)

Die Young with Me: A Memoir (Hardcover)

The Wasp That Brainwashed the Caterpillar: Evolution's Most Unbelievable Solutions to Life's Biggest Problems (Hardcover)

The Invisible Life of Ivan Isaenko: A Novel (Hardcover)