It's difficult to be a dad in children's literature. Dads basically have two options. They are either terrible dads, such as Huck Finn's drunken, abusive father; or they get killed off in the first chapter of the story, as in James and the Giant Peach and Lemony Snicket's A Series of Unfortunate Events.

It seems that in order for children to have a proper adventure they must either be orphans, such as Harry Potter and the Box Car Children, or have physically and/or emotionally absent fathers (Pippi Longstocking, The Spiderwick Chronicles, Because of Winn Dixie).

I get it. I think the definition of adventure probably includes the phrase, "Something done by a child without parental supervision." That's understandable. How can a kid expect to have an adventure if there's a parent in the background reminding them to wear sunscreen and bring a rain jacket "just in case?"

In honor of Father's Day I went searching for a few good dads. They are out there, even if one has to look in the pages of the weekly comics to find them.

The best literary dad of all time is widower Atticus Finch from To Kill A Mockingbird who not only argues on the unpopular side of justice as a southern lawyer in the 1930s but who also carefully navigates the raising of his two young children, Jem and Scout.

To Kill A Mockingbird is one of the few books I have read more than once. In school I identified with the kids, even though they were significantly younger than I. As I got older I appreciated Atticus's wisdom, especially this passage, where he makes a keen observation about the ability of children to understand things: "When a child asks you something, answer him, for goodness sake. But don't make a production out of it. Children are children, but they can spot an evasion quicker than adults, and evasion simply muddles 'em."

Jem and Scout seem to appreciate their father's wisdom as well, as evidenced in this passage where Scout explains Atticus's parenting methods to her Uncle Jack: "You never stopped to gimme a chance to tell you my side of it - you just lit right into me. When Jem an' I fuss Atticus doesn't ever just listen to Jem's side of it, he hears mine too."

My son cited Mr. Arthur Weasley of the Harry Potter series as an example of a good literary dad. The somewhat bedraggled father of seven wizarding children got a gold star rating from my son, who quoted this line from book two, Harry Potter and the Chamber of Secrets, when Mr. Weasley is informed by his wife that three of their sons had flown about in a car he had enchanted. "'Did you really?' said Mr. Weasley eagerly. 'Did it go all right? I-I mean,' he faltered as sparks flew from Mrs. Weasley's eyes, 'that was very wrong, boys-very wrong indeed...'"

When my children were younger I found the perfect dad in the early reader series, Henry and Mudge.

While young Henry mostly has adventures with his "big dog Mudge," his (again unnamed) dad is often an integral part of the story and possesses some character traits I consider particularly irresistible: He brings his guitar on camping trips and sings Elvis. He mows the lawn. He reads newspapers. He drinks tea. He gets dressed up on Valentine's Day and takes his wife out dancing. He spends weekends in his basement building cardboard castles with his son.

It's worth noting that the Henry and Mudge series was written by Cynthia Rylant. Only a woman could create the perfect man.

(Reprinted with permission from The Falmouth Enterprise, June 14, 2019, page 1A)

Graduations have taken place, and the Class of 2019 has been launched into the work force, moved from high school to college or from grade school into the world of high school. Anticipation, excitement, anxiety and fear are often the overriding emotions at this pivotal junction. To help mark the occasion, Eight Cousins has a number of books that celebrate this achievement and deliver an inspirational message.

One commencement address that has proven timeless is writer George Saunders' convocation speech at Syracuse University in 2013. Posted online in the New York Times, Saunders' address was viewed one million times; in 2014 it was published as Congratulations By the Way; Some Thoughts on Kindness.

Using an example from his grade-school days where he could have been kinder to a classmate, Saunders laments that overall what he most regrets in his life are his failures of kindness. His "simple" message: "It's a little facile, maybe, and certainly hard to implement, but I'd say, as a goal in life you could do worse than: Try to be kinder." And yet, he cautions that "...kindness, it turns out, is hard."

However, pursuing kindness and striving to be the most generous person possible is something to work toward as if nothing else matters. "Because actually, nothing else does," Saunders explains. Universal words to live by, and certainly not limited to the graduates.

The popular crime-fighting duo is back at it in Heart of Barkness, the story told from Chet the dog's viewpoint.

Chet and Bernie are music lovers; they head to a local dive where a once-famous country singer is to perform. When the $100 tip Bernie has given the performer is stolen two times, Chet and Bernie are sucked into a real-life murder ballad where there is no one to trust but each other.

Join us as we toast New York Times bestselling author Spencer Quinn (aka Peter Abrahams) and his latest book. 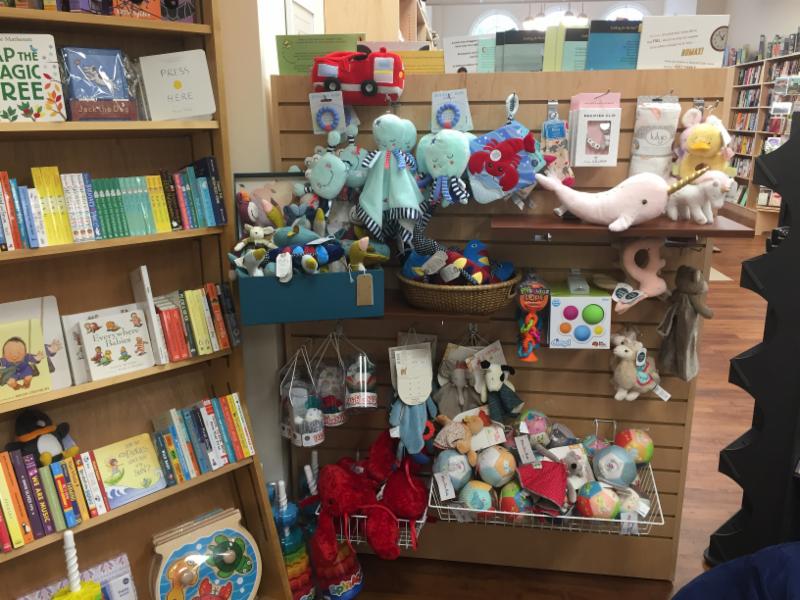 Do you have a friend with a baby on the way? Is a new grandchild in your future? Expecting? Be sure to visit our dedicated baby corner that is overflowing with soft toys, stuffies, and books, books, books--cloth, bathtub, and board. When you are finished shopping, your selections can be expertly wrapped by one of our staff, and decorated with our signature stickers.

We're Excited About These New Books on Our Shelves!

Henry and Mudge and the Forever Sea (Henry & Mudge) (Paperback)

Congratulations, by the way: Some Thoughts on Kindness (Hardcover)

The Darwin Affair: A Novel (Hardcover)

The Sentence Is Death: A Novel (Hardcover)

Orange World and Other Stories (Hardcover)

City of Girls: A Novel (Hardcover)

How to Read a Book (Hardcover)

The Lost Family: A Novel (Paperback)

Before and Again: A Novel (Paperback)

In the Hurricane's Eye: The Genius of George Washington and the Victory at Yorktown (The American Revolution Series #3) (Paperback)

The Reckoning: A Novel (Paperback)

When Dinosaurs Came with Everything (Paperback)